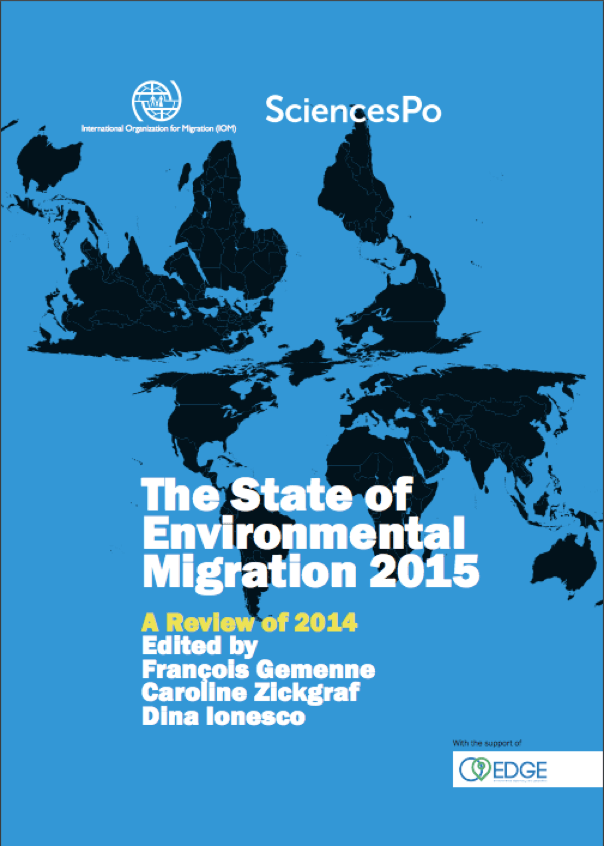 The Intergovernmental Panel on Climate Change (IPCC) 2014 Report stated once again that climate change is projected to increase the displacement of people. Yet the year 2014 showed once again that such displacements were already a present reality, and not just a future risk. Particularly vulnerable populations are those that lack the resources for planned migration and experience higher exposure to extreme weather events, especially in developing countries with low income. Rural areas are expected to experience major impacts on water availability and supply, food security, infrastructure and agricultural incomes, including shifts in the production areas of food and non-food crops around the world. Expanding opportunities for mobility can reduce vulnerability for affected populations. Changes in migration patterns can be responses to both extreme weather events and longer-term climate variability and change, and migration can also be, in some cases, an effective adaptation strategy.

New Data on Displacement due to Natural Disasters in 2014

Centre (IDMC) offers evidence that 19.3 million people were displaced in 2014 by natural disasters worldwide. Of that 19.3 million, 17.5 million people were displaced by disasters related to weather hazards, primarily typhoons and floods. The remaining 1.7 million people were displaced by disasters related to geophysical hazards, mainly earthquakes and volcanic eruptions. Approximately 700 events were recorded during the year, 33 of which caused the displacement of over 100,000 people. In 2014, the likelihood of being displaced by a disaster was 60% higher than it was merely four decades ago. Displacement levels between 2008-2014 have been highest in the middle income countries of Asia and the Pacific. The urban population boom in middle income countries means that rapidly increasing numbers of people are exposed to hazards, and many of them remain vulnerable. Lower middle-income countries make up 36% of the world’s population, but account for 61% of displacement in 2014, highlighting how such countries are disproportionately affected by disaster displacement.